Do you remember your junior year, back in 2004, filling up your college application late at night, so you could put it in the “mailbox” and have the mailman take it to the post office, and weeks after you´d be waiting for days at your window waiting for the mailman to come back with your college applications and see if you actually got accepted into UCLA, USC, Rio Hondo College or Cerritos College, etc, etc? Man, I would be stuck on the couch for hours,  waiting impatiantly for about 2 weeks, until I finally recieved an answer. Wouldn´t  it have been easier for me, if this same process could had been sent over the internet, using gmail like nowadays?

This was the vision of a great mind, Nicholas Negroponte, who is a Greek American architect, best known as the founder and Chairman of the Massachusetts Institute of Technology Media Lab (MIT), he is a pioneer in the field of computer-aided design and also considered a guru in the communications field, as his predictions traveled the entire world only to have them all come true, . He had a phrase “Move bits, not atoms” part of his Wired Magazine campaign. Founder of the One Laptop Per Child (OLPC) a non profitable foundation.

Being digital (1995) is basically a compilation of his columns from Wired, and turned it into a best selling book, in which he makes a forecast on how the interactive world of communications will come to be what we know now, prophesying that wired technologies such as telephones would definitely need to become unwired, known as the Negroponte switch.

This Negroponte switch, describes, how the future of communication would cease to be wired, only to be taken wireless, transform the atoms into bits. In other words, make all data transfer possible without using a cable, but through air waves at the speed of light. He knew and stated “The change from atoms to bits is irrevocable and unstoppable”. Since Negroponte´s ideas started to be very popular and very innovative, data compression and error correction techniques, all media, especially  in the United Sates, is now digital, this is as a result of putting all sort of media, books, newspaper, video, music, images into bits, creating then the multimedia. 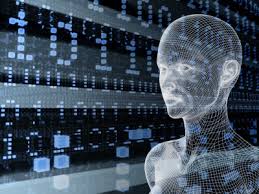 I think this has made us more and more dependent of technology nowadays. I cannot imagine myself a day without my cellular phone. Yes the atoms are now bits. I keep my emails, messages, pictures, books, documents and even very important files in my cellphone´s memory. Negroponte pointed out that the hardware, sometimes is not as valuable as the software. Take for example your cellphone, when you happen to loose it, what hurts more? Loosing your phone, or loosing all of your contacts, your messages, maybe some extraordinary pictures you took or files that you considered to be very valuable? Of course you can always buy a cellphone, but your info you wanted is now long gone and unable to get back. Although it is very convenient,  it is also risky. Specially if you are in Mexico City.

The internet has been part of digitizing the world. Where the internet users have increased %400 in homes and personal computers, having up to over 2 billion people as of January 2011. Thanks to the bits its possible for us to now have a WIFI connection, new technologies that were developed as a result of changing the bandwidth from copper and/or fiber optic cable to air waves we can now have microchips, mp3 players, answer machines and computers. All of these items and tools help our lives be more at ease, keeps us less busy with our activities and gives us more free time to spare. We are relaxed, less dependent of people. However, it is ironic how the less dependent we are from people, the more we rely on technology. But then again, as the author said “Bits will be borderless, stored and manipulated with no respect to geopolitical boundaries.”

Without a doubt, being digital, has been a major breakthrough not only in the communications area, but in many such as in the business world, sports, literature, art and many others for being in the market, advertising has played and important role as the technologies advance. They have become part of our daily life, the remote control, the ipod, a tablet, all part of our activities that, because of our job, school or business, we must use and take advantage of.

Below there is a very interesting video, take a quick glance!

“Being digital is empowering; the access, the mobility and the ability to affect…”