Better known as a “rock star” of graphic arts, Wyman made his reputation when he collaborated with Eduardo Terrazas, under the direction of Architect Ramirez Vazquez, known for his coolaboration in the development of the entire design campaign for the Mexico 1968 Summer Olympic Games. He has also designed icons for museums and many other institutions, individualized signs for buildings at the National Zoo in Washington D.C., and many other symbols. Stepping outside his usual genre, he designed a poster for the 2008 Barack Obama presidential campaign.

Lance Wyman, who was born in Newark, New Jersey in 1937 and is an American graphic designer. He became well known for such a traansendental work as the logo of the 1968 Summer Olympic Games and the route map of the Washington Metro.

Wyman graduated from the Pratt Institute with a degree in industrial design in 1960. The subject of graphic design was just being introduced in American universities at the time; when Wyman met a student who studied logo design with Paul Rand at Yale, he wanted to design logos.[

In 1966, he participated in a design competition for the graphics for the 1968 Mexico Olympic Games. His “Mexico68” logotype was the winner, and launched his career. Wyman remained in Mexico for four and one-half years, following his Olympic work with development of graphic programs for the Mexico City Metro and the 1970 World Cup competition. 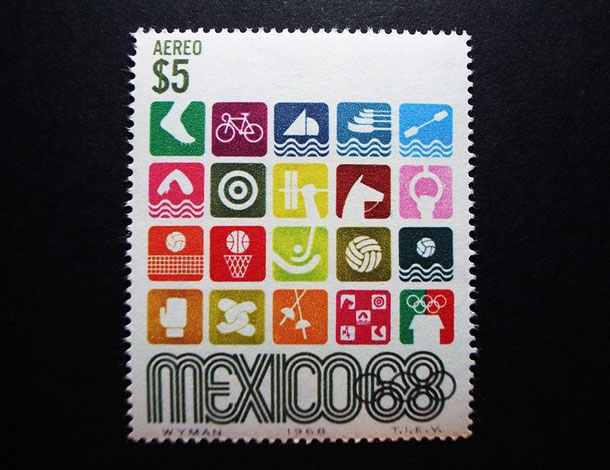 New York in 1971, Wyman formed a partnership with Bill Cannan (Wyman & Cannan). In 1979, he established his own firm, Lance Wyman Ltd. He has also taught corporate and wayfinding design at Parsons School of Design since 1973.